Are you one of the many people who think cover letters are passe and out, well, you’re wrong.

A cover that is written in the personal pronoun, the word I, my, he, or she, and there are five different types of cover letters.

The next one is a reply to an advert. In today’s economy, when there are lots of jobs, you don’t have to have a hundred percent of what they’re asking for but be honest and be open with them. Tell them what you don’t have and tell them you’re a fast learner and you will learn that. Or show them how you can help them get around that skill set that they’re looking for.

The next one is a result of networking. Networking brings you huge value. You need to network for your next career and leverage our relationships as a stepping stone, as a lead to get into a company where you want to go and work.

The fourth one is as a result of an email. So you target companies. You want to go and work for ABC company. So you target the person who will be your boss or your boss’s boss.

You need to network with that person. So it’s an introduction to that person to see if you can get leverage into that company and get an informational interview, which invariably goes to a full blown interview. 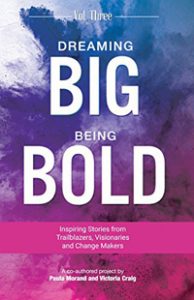 Hello, My name is Martin Buckland, I am an executive career management practitioner, and I manage the careers of executives like you.  The … END_OF_DOCUMENT_TOKEN_TO_BE_REPLACED

My name is Martin Buckland, and I am an executive career management practitioner, and I manage the careers of people like you, executives. Today's … END_OF_DOCUMENT_TOKEN_TO_BE_REPLACED

The question today is all resume writers worth it? A professional resume writer, somebody who's got qualifications, certifications will know how to … END_OF_DOCUMENT_TOKEN_TO_BE_REPLACED

So the question today is how to get you notice with your headshot in a job search. First impressions count. We make a Swift split second … END_OF_DOCUMENT_TOKEN_TO_BE_REPLACED